Bard on the Beach is located on the ancestral lands of the xʷməθkʷəy̓əm (Musqueam), Sḵwx̱wú7mesh (Squamish), and səl̓ilwətaɁɬ (Tsleil-Waututh) people. The Festival grounds sit on the site of Sen’ákw. Learn more about the history of this vibrant Coast Salish village here. 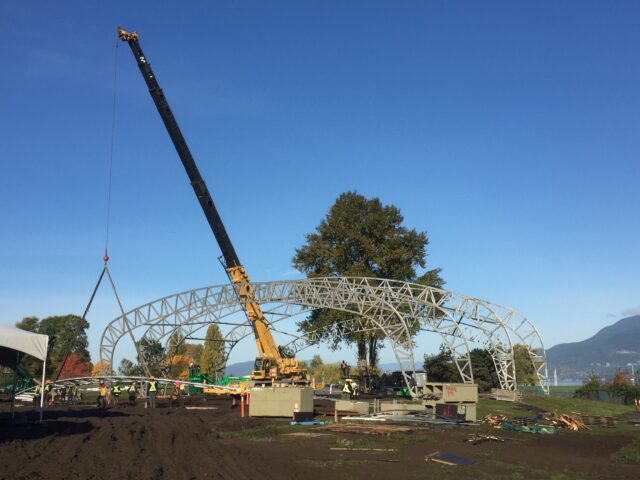 So far in our Building Bard series, we’ve shared fun facts about the Festival Village and a look into the Douglas Campbell tent and the Howard Family Stage. Now we’re going to explore the largest tent at Bard – the BMO Mainstage.

Bard purchased its first five-hundred seat saddle tent in 1992. By the summer of 2010, there were considerable issues with the structure, so a capital campaign – “Staging Our Future” – was launched to raise funds for a new tent. This new 742-seat tent was ready in time for the 2011 Season with a redesigned stage named after the BMO Bank of Montreal in recognition of its lead contribution to the fundraising campaign.

Building the Mainstage tent was truly an international effort – drawing on suppliers and expertise from the UK, France, New Zealand, the US, and Canada. The tent fabric alone travelled by boat over 30,000 km before arriving in Vancouver!

The BMO Mainstage is now beloved for its open-backed design and Bard’s signature backdrop of False Creek, the Coast Mountains, and the city skyline. 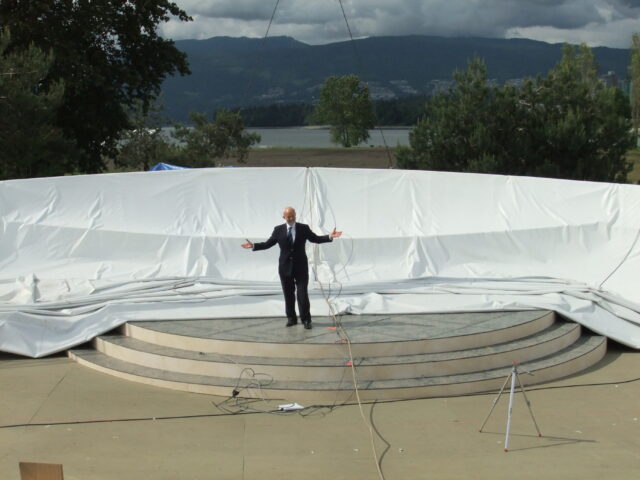 Each Season, Bard typically stages two productions in repertory on the BMO Mainstage alongside a selection of choral, symphonic and operatic presentations. The stage presents a unique challenge for set designers as it must incorporate elements that can be shared by both productions and also used for special events.

Take a look at how Set Designer Cory Sincennes made his vision work for both our 2019 productions, Shakespeare in Love (top) and The Taming of the Shrew (bottom). 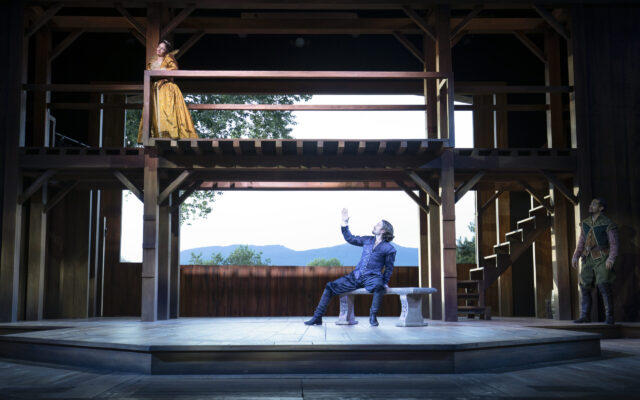 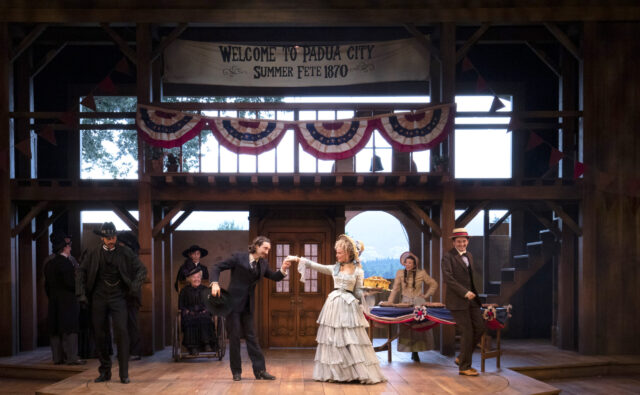 The Company of The Taming of the Shrew | Photo: Tim Matheson

Here are some fascinating facts about building the Mainstage tent: 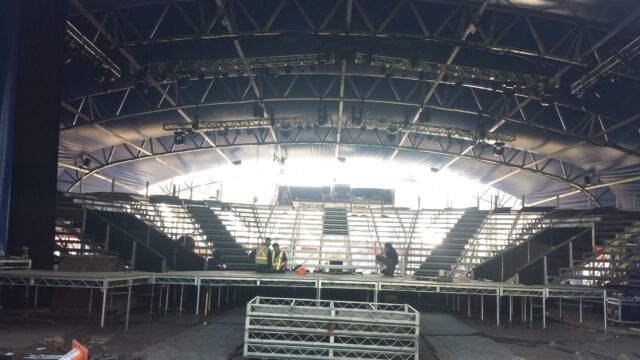 Installation of the Mainstage soundbooth 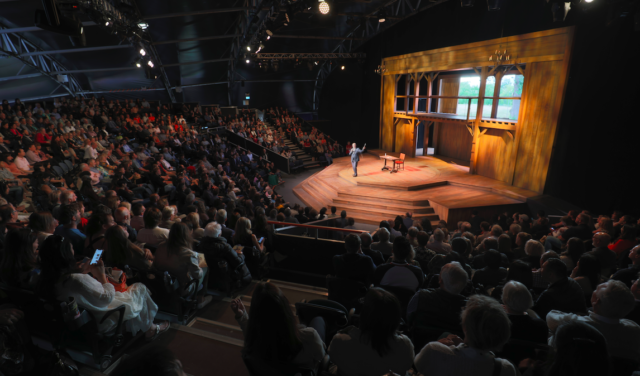 Inside a packed tent for Shakespeare in Love (2019) | Photo: Tim Matheson

Want a more in-depth look at the BMO Mainstage? Take the virtual tour!

With continued generous support from