Learn fun facts about the Douglas Campbell Theatre and the Howard Family Stage! Plus, take a closer look inside the tent.

Bard on the Beach is located on the ancestral lands of the xʷməθkʷəy̓əm (Musqueam), Sḵwx̱wú7mesh (Squamish), and səl̓ilwətaɁɬ (Tsleil-Waututh) people. The Festival grounds sit on the site of Sen’ákw. Learn more about the history of this vibrant Coast Salish village here.

In our last Building Bard blog post we shared some fun facts about the Festival Village; if you missed it you can still check it out here. Now we’re going to explore the Douglas Campbell Theatre tent—home to one of the two stages at Bard.

The Douglas Campbell Theatre is named after Douglas Campbell—the legendary British-Canadian Shakespearean actor. Douglas was also a good friend and mentor to Christopher Gaze and both of them performed in and directed plays in Bard’s earlier seasons. In 2019, a commemorative painting was created by artist Andrew Seal and installed in the Village near the tent entranceway. 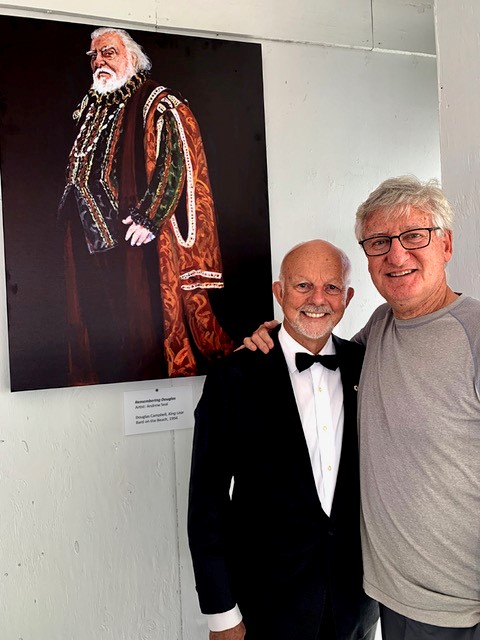 Christopher Gaze & Andrew Seal with the painting of Douglas.

Inside of the Douglas Campbell Theatre is the Howard Family Stage, named in in honour of Darlene and Paul Howard, Vancouver philanthropists and strong supporters of Bard’s theatrical and educational initiatives. Darlene also serves as Vice President on our Board of Directors. We’re so grateful for their generosity!

This intimate performance space hosts a mix of Shakespeare’s lesser-known plays, classics presented with less traditional staging, and in recent years, contemporary plays with stories and themes that link to the Festival’s mission and mandate.

Here are some fun facts about the Douglas Campbell Theatre and the Howard Family Stage: 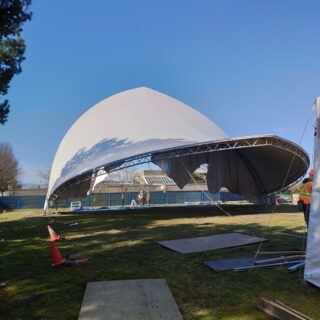 The tent goes up! 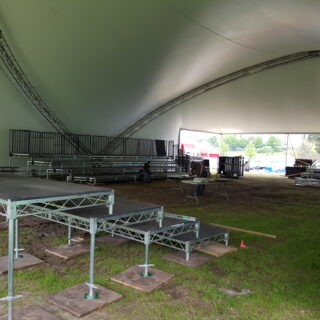 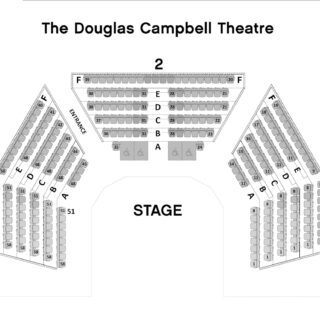 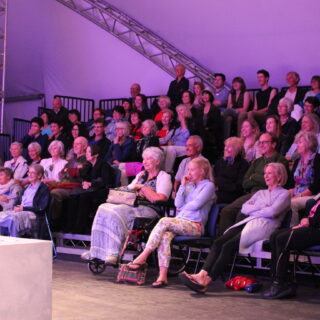 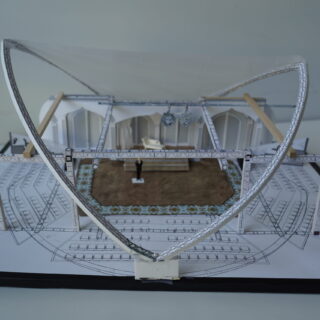 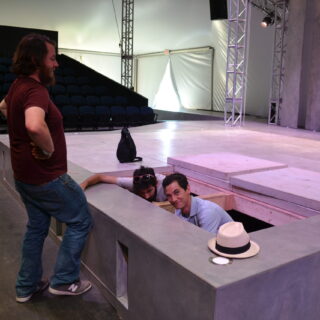 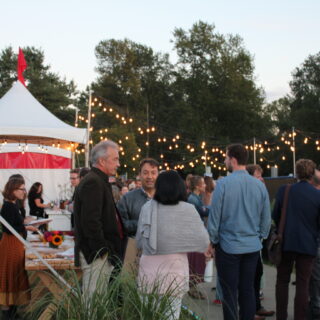 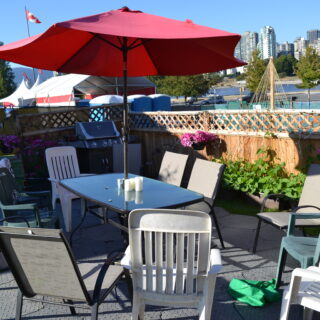 Want to learn more about Bard behind the scenes? Become a Member and attend our next Creative Conversations event on August 22 at 10am, for an even closer look at the construction and deconstruction of our Festival site!

With continued generous support from:

Have questions? Tell us in the comments!