As most of you know by now, Gertie, a local Basset hound, has been cast as Crab the Dog in our production of The Two Gentlemen of Verona, beginning in previews this week. But Gertie’s fame is about to spread far beyond Vanier Park.

We’re proud to announce that she’s the star of an original new YouTube series, Diary of Gertie the Actor. The series pulls the curtain back on Gertie’s epic journey to becoming a major player in a live theatre production at Bard on the Beach. Commissioned by Bard, it’s created and produced by Hip.Bang! (Vancouver comedy writers and performers Tom Hill and Devin Mackenzie). Episode One, “Fame”, launches online today. 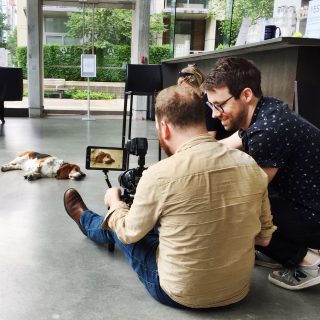 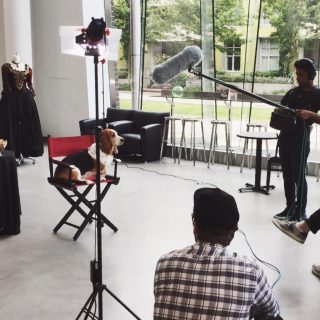 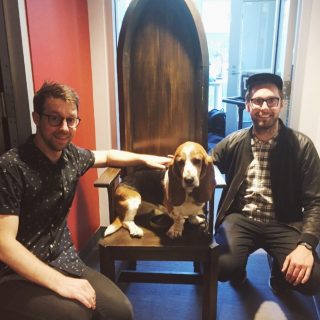 Gertie’s star power is obvious right away and she clearly owns the screen – although over the series’ four episodes, she sometimes has to share it with others (including actor Andrew Cownden who plays her master in the play, her canine understudy Lebowski, and the play’s director, Scott Bellis).

Hill and Mackenzie, who usually work with humans, not dogs, had this to say about their experience with the four-legged star: “We wrote scripts for this series, but Gertie’s natural ability to improvise made those unnecessary. It is humbling to realize this dog is funnier than us.”

Bard Marketing Director Heather Kennedy says, “we knew there was tremendous potential in bringing Gertie into Bard’s acting Company. She is bringing something unique and fabulous to our 28th season, and we’re thrilled that the rest of the world can now discover her charm and charisma.”

Stay tuned to our social media channels for more of Gertie’s story throughout our 2017 season (#Bard2017).