Casting Announcement: Gertie Gets the Gig

It’s official: after a thorough audition process and much deliberation, we’re excited to announce that Gertie, an East Vancouver Basset hound, has been cast as Crab the Dog in our production of The Two Gentlemen of Verona.

A diverse group of 12 dogs all showed off their talents and charm last month at the BMO Theatre Centre auditions, but the 6-year-old low-slung hound was the standout, even without any past professional experience. Scott Bellis, who is directing the play, summed it up: “Gertie impressed the entire judging panel. She has that magic combination of good looks, smarts and an unflappable personality. I’m looking forward to putting her through her paces and introducing her to Bard audiences this summer. I have no doubt she’ll be a breakout star!” 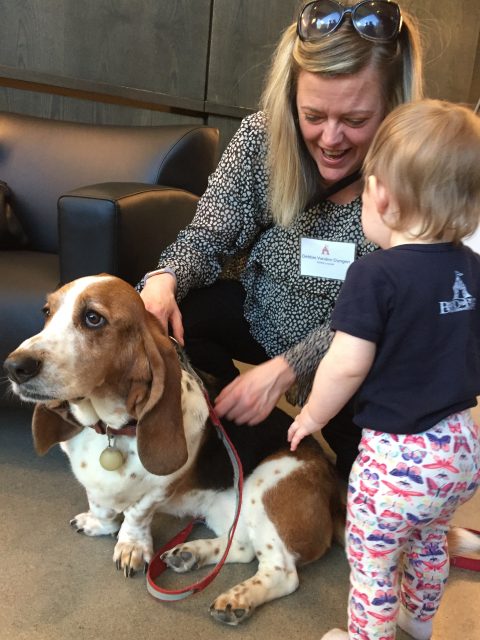 For the next few weeks Gertie can relax and simply enjoy being in the limelight, but then it’s time for her to get down to work and start rehearsing. Fortunately the requirements for playing Crab are pretty simple: she needs to find her marks on stage, avoid becoming distracted by tempting smells (she is a hound, after all) or the noise from the audience, and remain calm and adorable while actor Andrew Cownden, as Launce the servant, does the heavy lifting with his speeches.

Gertie, all of us at Bard are so looking forward to welcoming you to Vanier Park as you make your debut on the Howard Family Stage. Congratulations and have a terrific season!

Stay tuned to our social media channels for more of Gertie’s story in the weeks to come.

For now, enjoy her audition video below!

See Gertie on Global BC here.