Djanet Sears‘ Governor-General’s Award-winning drama explores the complicated relationship of a Black couple in three key periods in the American Black experience: 1860, before the US Emancipation Proclamation; 1928, during New York’s Harlem Renaissance; and in post-civil rights 1997. Each setting reframes the story of the woman, her deep love for her partner, and her sacrifices – and resilience – in the face of his betrayal. With connections to Shakespeare’s Othello, Harlem Duet explores important contemporary questions about race, privilege and relationships.

“…an era-spanning epic that comments on what it is to be black then and now in North America.” – The Globe and Mail (2018) 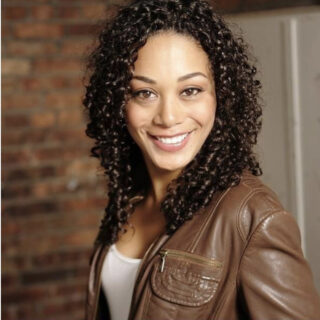 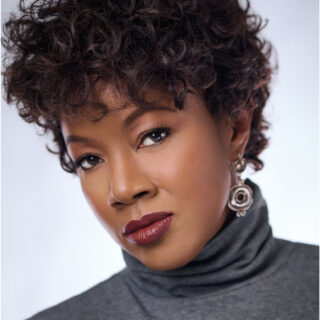 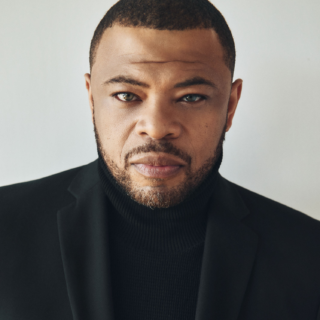 Originally from the United States and with a background in professional dance, Donald now calls Vancouver home and can be seen in a myriad of television productions. Most recently, you’ll see Donald in Ryan Reynold’s Netflix feature, The Adam Project, directed by Shawn Levy; opposite Margaret Qualley in John Well’s limited series, Maid; and as a very memorable character in Kung Fu. He’s also played a recurring role on A Million Little Things, to name just a few. 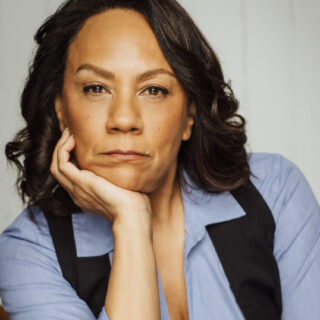 Liza completed formal theatre training at Studio 58 and attended the National Voice Intensive and vocal training at the Banff Centre. She is also an Expressive Art Therapist, Life Coach and vocalist. Recent credits include principal roles on Wendy Williams: The Movie, Motherland: Fort Salem and as Inez in Realwheels' theatre/film hybrid adaptation of No Exit. She is an executive board member for UBCP/ACTRA and Chair of their Mental Health and Addiction Committee. 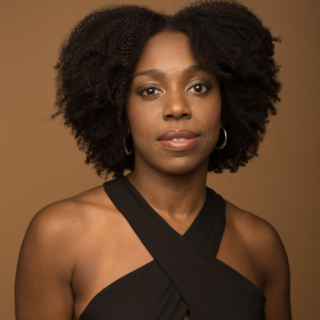 Originally from Haiti, Marsha has grown up in Port-au-Prince and Ottawa. Marsha is thrilled to be making her Bard on the Beach debut! Marsha’s theatre work includes productions with the Arts Club Theatre, the Grand Theatre, the Company Theatre, and Canadian Stage. Most recently, Marsha has worked on Jocelyn Bioh’s off-Broadway premiere production of Nollywood Dreams at MCC Theatre. Marsha has also gathered numerous TV and film credits over the years. MFA from Actors Studio Drama School. www.marsharegis.com 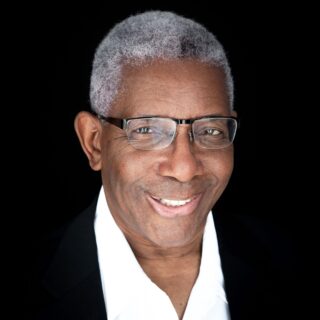 Tom has appeared in numerous Vancouver theatre productions and makes his seventh season appearance at Bard. His recent film/TV credits include the Tailor on The Good Doctor (ABC); The 27-Hour Day (Hallmark); and Christmas Time Is Here (GAC Family). Tom received a Jessie Richardson Award for Best Supporting Actor for the role of Sam in “Master Harold”… and the Boys (Pacific Theatre, dir. Morris Ertman). Tom hails from Berkeley, California, and now resides in Tsawwassen, BC. 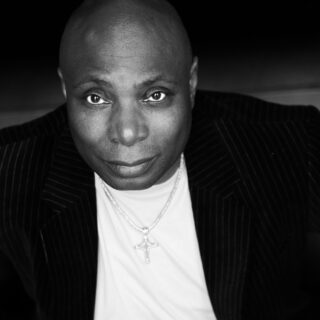 If silky smooth is your preferred musical texture, then Alexander's got just the audio flow. An established American/Canadian smooth jazz artist, he is a bassist, composer and producer who has played with some of the most well-known musicians around the world. And with his first solo album Doo Bee Doo Bop, he is primed to take listeners on a jazz-filled journey where fresh melodies lead to intimate connections. He has opened for the likes of Bryan Adams, Super Tramp and Duran Duran, but has never lost his R&B gospel roots, infusing his music with the sounds that shaped his soul. 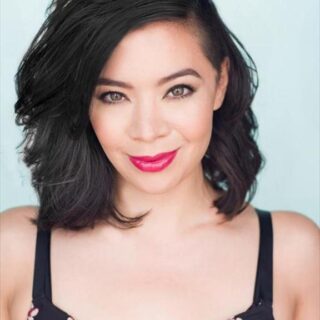 Marlene (she/her) is a musician, actor and writer. Select credits include Fucking A (Signature Theatre); Chelsea Hotel: The Songs of Leonard Cohen (Firehall Arts Centre & WCT); Once (US national tour and Arts Club Theatre); Beau (ATF Theatre Festival and upcoming feature film); and Bad Hats Theatre’s Peter Pan (CTYP, Jessie Richardson Theatre Award). While she has enjoyed baking, watching reality TV and snuggling her cat nonstop for the past two years, she is delighted for the opportunity to perform live music again. 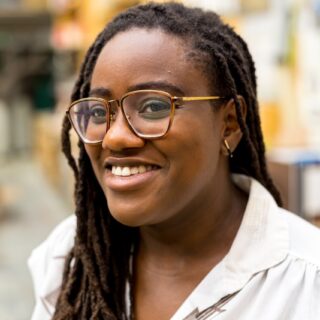 Rachel is an award-winning set and costume designer creating for theatre, dance, opera and film. Her work has seen stages all across Canada. She is especially invested in the development of new works and interdisciplinary explorations. Selected credits for costume design: The Brothers Size (Soulpepper, Dora Mavor Moore Award winner) and White Girls in Moccasins (Manidoons/BIBT). Set Design: Calpurnia (RMTC, NAC); Trouble in Mind, Victory, and 1837: The Farmers’ Revolt (Shaw Festival); and The Bridge (2b/ Neptune, Robert Merritt Award winner). 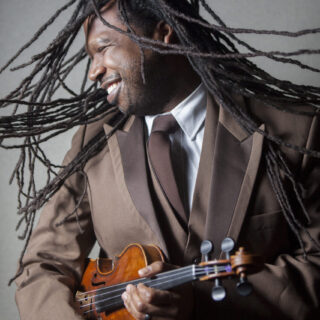 John is a violinist, composer and acoustic hip-hop artist who has toured the world performing as a soloist and one-third of Infinitus, the beatboxing string trio. John is a graduate of the Peabody Conservatory (Johns Hopkins University) and the University of Michigan and has earned an undergraduate and two graduate degrees in violin performance. Music critics have referred to his compositions as “distinctive” (Baltimore Sun), “extremely original” and “magnificently arranged” (VH1). 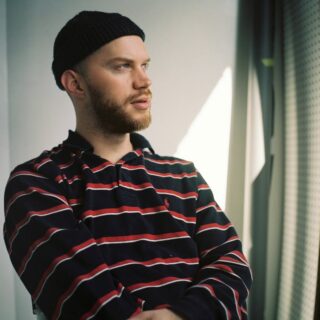 Malcolm is an award-winning composer, sound designer, recordist and collaborator working in theatre, film, podcast and music production. He is honoured to be joining the team of Harlem Duet as the Sound Designer for his sixth season at Bard. Malcolm studied music production and audio engineering at Douglas College and is a part time instructor at Langara’s Studio 58. He has received three Jessie Awards and several nominations for his work in the Vancouver theatre community. 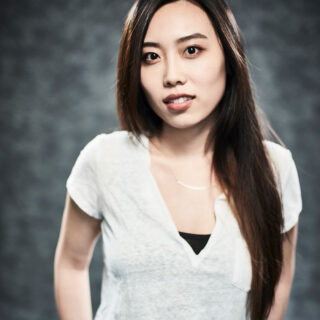 Sophie is an award-winning lighting and set designer working in theatre, opera and dance. She has worked with companies including Stratford Festival, PuSh International Performing Arts Festival, Electric Company Theatre, Arts Club Theatre, Bard on the Beach, Citadel Theatre, Theatre Replacement, and more. Recent credits: Do you mind if I sit here? (Theatre Replacement); Being Here: The Refugee Project (Belfry Theatre); The Rez Sisters (Stratford Festival); and At the Statue of Venus (City Opera). www.sophieyufeitang.com 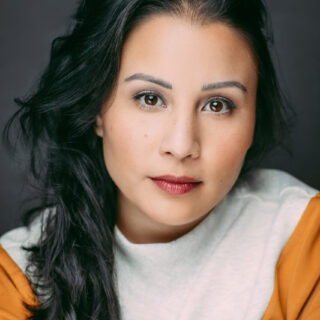 Lisa is honoured to be joining Bard this year as a committed advocate for equity, safety and consent-based work from rehearsal hall to the stage. Lisa apprenticed with Intimacy Directors International before completing her certification with Intimacy Directors and Coordinators. Her Intimacy work has appeared at Pacific Theatre, Firehall Arts Centre, Urban Ink and Gateway Theatre. Lisa also works as an actor, choreographer and producer. She is a graduate of Studio 58. 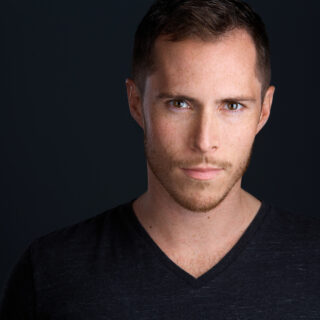 Jonathan is a fight director, actor, choreographer and stunt performer. Select fight direction credits include As You Like It, Macbeth, The Taming of the Shrew, and Shakespeare in Love (Bard on the Beach); As You Like It (Chicago Shakespeare Theater, Milwaukee Rep); Antony and Cleopatra, The Three Musketeers, Julius Caesar, and Romeo and Juliet (St. Lawrence Shakespeare); The Silver Arrow, Shakespeare In Love, West Side Story, Romeo and Juliet, The Penelopiad, and A Midsummer Night’s Dream (Citadel Theatre); and I Am For You (Concrete Theatre). www.jonathanpurvis.com 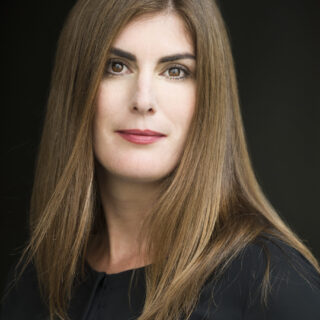 Rebecca is returning to Bard for her seventh season. Most recently for Bard: Assistant Stage Manager on Done/Undone. Favourite credits elsewhere: Bunny and The Father (The Search Party); As dreams are made (Music on Main); Anywhere But Here (Electric Company Theatre); Topdog/Underdog and The Shoplifters (Arts Club); La Traviata (Vancouver Opera); and Fall Away Home (Boca del Lupo). Rebecca holds a BFA in Theatre Production and Management from UVic. 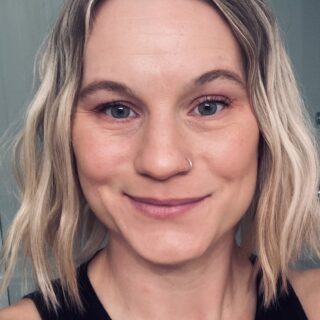 Tanya is over the moon to be at Bard! Selected credits: Chelsea Hotel (Western Canada); Noises Off, The Birds and the Bees, Mom’s The Word, Mamma Mia!, and Topdog/Underdog (Arts Club); Talking Sex on Sunday, Chelsea Hotel, and Circle Game (Firehall);Peter Pan and Charlie Brown (CTYP); and The Winter’s Tale and Much Ado About Nothing (Bard on the Beach). Tanya is Manager of Agriculture at the PNE . She received her BFA from the University of Alberta. Adam, “I miss you”. 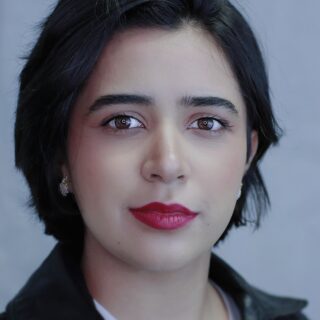 Mariana is a BIPOC bilingual interdisciplinary artist based in Vancouver, BC. She continues to work as a performer and stage manager in the city with recent credits at rice & beans theatre with the production of Peace Country, Neworld Theatre with Clean/Espejos and East Van Panto with Alice in Wonderland, all as an Apprentice Stage Manager. Mariana holds a bachelor’s degree in performing arts and is a proud alumnus of Studio 58. 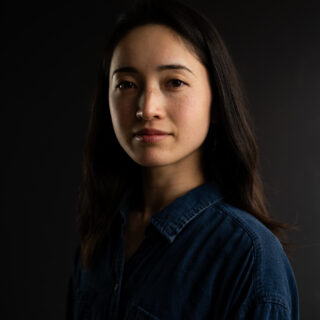 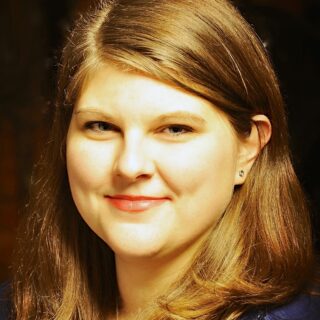 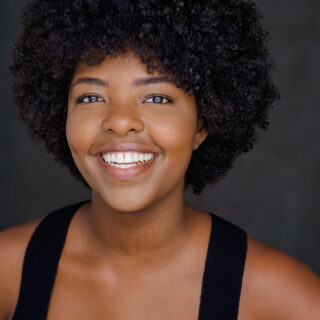 Margaret is a multi-medium artist based in Vancouver. When she's not acting (Travelers, 2016 and C.A.R.E: A Guide to Bystander Intervention, 2019), you can find her creating custom wardrobe pieces for drag artists in the city, organizing community events and making everything from coasters to wigs to candles. Margaret is a proud graduate of Studio 58 and credits her time there for having developed a strong artistic process. 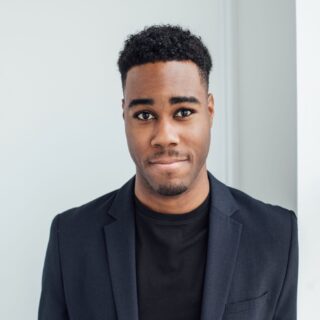 Cameron is a Brampton-based theatre creator. New to directing, he has assisted Nina Lee Aquino on the cecil hotel (Theatre Erindale) and among men (Factory Theatre), where he is also part of the Factory Foremen training program for directors (2021/2022). Cameron also works as an actor, artist educator and playwright and is currently an Artistic Leadership Intern at The Performing Arts, City of Brampton, supported by the Canada Council for the Arts. 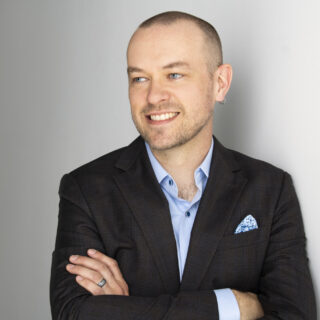 Stephen is a dramaturg and director who has helped to make over 60 shows and has taught/directed at Memorial University, Douglas College and UBC. He has an MFA in Directing from UBC and is currently pursuing an MA in Theatre Theory and Dramaturgy from the University of Ottawa where he is researching contemporary Canadian Shakespeare adaptation. He is in charge of New Works and Professional Engagement at the Arts Club.