We are spotlighting current creative and cultural work by Indigenous artists from within our community.

At Bard (settlers in the administration office), we stand in solidarity with the Indigenous Peoples of Canada today, and every day. We encourage all our settler friends to join us in the continuous learning, adapting, sharing, supporting, and fighting required to end systemic racism in this country and move toward true reconciliation.

We also acknowledge that Bard’s Festival site is situated on the ancestral lands of the xʷməθkʷəyəm (Musqueam), Sḵwxwú7mesh (Squamish), and səlilwətaɁɬ (Tsleil-Waututh) peoples. More specifically, it is located on the site of Sen̓áḵw, a vibrant Coast Salish village that was a place of gathering, culture, spirituality, and governance for many generations.

Quelemia is an Indigenous actor, writer, director, dramaturge and consultant from the Musqueam Nation. She graduated from Studio 58’s Theatre program and the Langara Film Arts screenwriting program. In 2018, she performed in Lysistrata and was our Indigenous Cultural Consultant on the production. 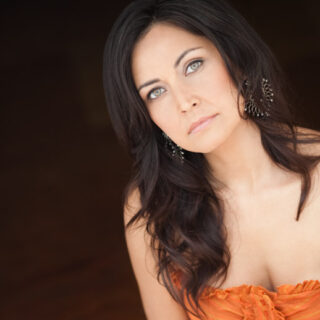 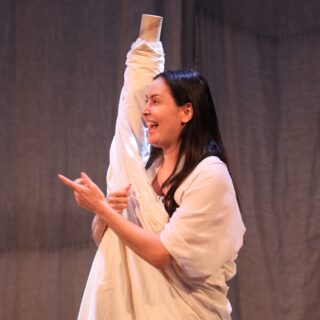 Quelemia represented the Musqueam Nation during the opening ceremonies of the 2010 Olympics and since then has continued to give Land Acknowledgements on the unceded territory of the Musqueam, Squamish and Tsleil-Waututh people. She facilitates workshops and does various consultations for the arts and corporate sector.

It’s been an honour for Quelemia to be the Protocol Keeper for the Transform Festival at The Cultch for 3 years running. In 2019, she co-hosted the opening bashes with Lisa Fa’alafi from Hot Brown Honey.

Quelemia works across Canada for various theatre companies including: The Arts Club, Bard on the Beach, Globe Theatre, WCT and The Stratford Festival. Some of her Film and T.V. credits include: Invasions, Tribal, Clouds of Autumn, Blackstone, Cable Beach and Da Vinci’s City Hall and Da Vinci’s Inquest which she won a Leo Award for Best Female Guest Appearance.

Though she works in various forms, much of Quelemia’s writing centres Indigenous perspectives, specifically her Musqueam knowledge and culture. Over the past 20 years, she has been learning about sχʷəy̓em̓ (Musqueam history), the original placenames of what we currently call Greater Vancouver, land-based stories and teachings.

“A lot of my work is land-based and, for lack of a better description, reclamation work in theatre, with each piece having its own importance tied to a specific place name or journey starting point” Quelemia Sparrow, (Vancouver Sun)

She was an Associate with Playwrights Theatre Centre from 2014-2016 and she completed the Stratford writing retreat in 2017. She is currently working on a commission from Neworld Theatre and creating a Podcast play series for the Arts Club Theatre. 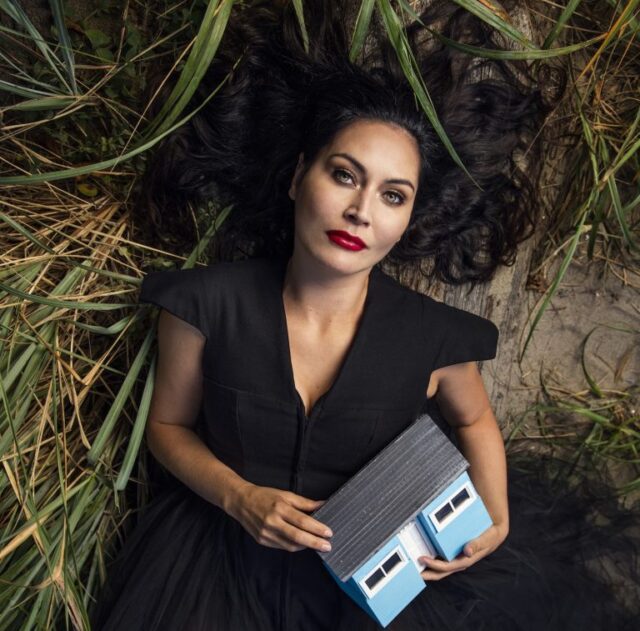 Cree-Saulteaux performing artist Margo Kane is the founder and artistic managing director of Full Circle: First Nations Performance. Within Full Circle, she developed and runs the annual Talking Stick Festival, celebrating its 20th Anniversary in 2021. She is a renowned interdisciplinary artist and a major advocate for advancing Indigenous performing arts in Canada. She has two projects you can see this week – more below. 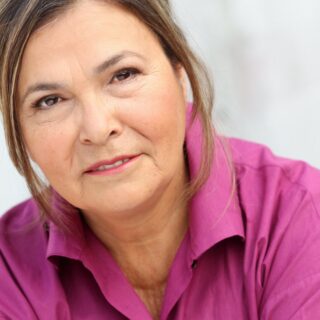 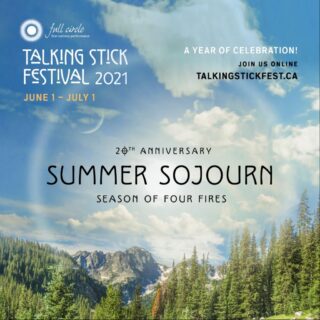 Margo was the artistic director for the Canada 150+ summer festival, The Drum is Calling. She has received a City of Vancouver Mayor’s Arts Award in Theatre (2016), a Career Achievement Jessie Award (2017) and the Order of Canada from the Governor General. Earlier this year, the International Society for the Performing Arts (ISPA) named Margo Kane as a 2021 International Citation of Merit Recipient.

She has been active in developing International exchanges in order to contribute to and establish regional, national and International touring of Indigenous works. As Chair of IPAA – Indigenous Performing Arts Alliance, she has encouraged more development of Intertribal performance exchanges within Canada and abroad. 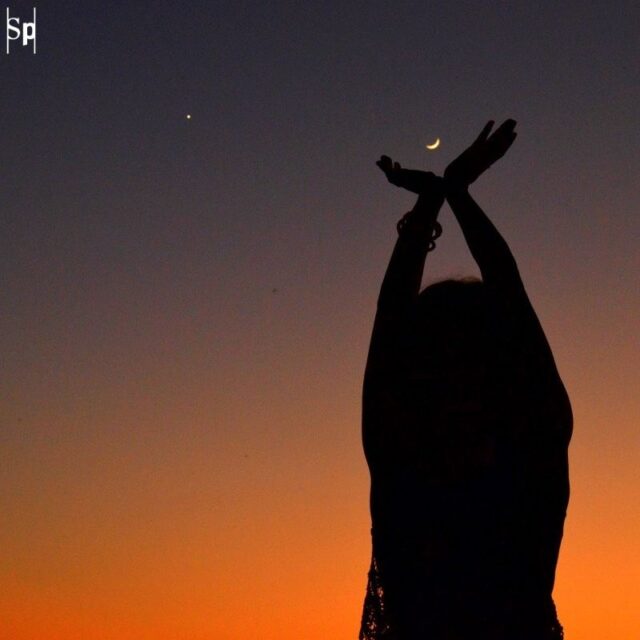 Moonlodge, Margo’s internationally acclaimed one-woman show, which has been recognized as an Indigenous Canadian classic and a catalyst in Indigenous theatre, and which toured for over 10 years nationally and internationally, is currently being streamed as part of Soulpepper Theatre’s Around The World In 80 Plays audio drama series until June 30. Full info here.

“May this work remind us to make room for Indigenous voices in our rehearsal rooms and on the stages of this country. Tansi!” – Margo Kane

Tai is Metis, Cree and Haudenosaunee from Ardrossan, Alberta. She was the Assistant Director for Bard’s production of The Taming of the Shew (2019) and featured in Dear Pete, episode 1 of our My Thoughts I’ll Character video series. 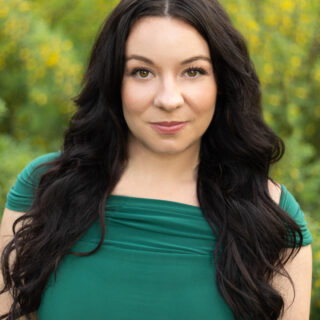 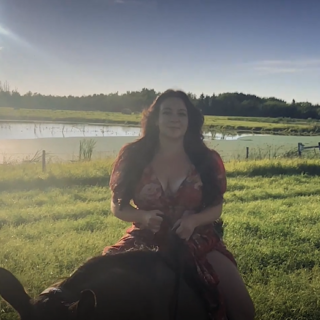 Tai was awarded the Metis Nation of Alberta’s award for “Outstanding Youth of 2020” for the work she is doing to unravel the stories of Metis women in her family (the Callihoos). She also received the Jessie Richardson Award for Most Promising Newcomer in 2018 as well as the Vancouver Mayor’s Emerging Theatre Artist of 2015, nominated by Margo Kane. Tai is an artistic associate at Savage Society and an associate artist at the Citadel Theatre. She is also currently doing her Masters in theatre creation at the University of Alberta, focusing on her Metis love stories.

Tai is working on commissions with Nightswimming Wiwimaw, Axis Theatre company Where did all the buffalo go… and the Arts Club Theatre Company’s My Father is the greatest man in the world. Selected Acting Credits include: Honour Beat (Grand Theatre) and Thanks For Giving (Arts Club). Upcoming: The Citadel Theatre’s Mary’s Wedding: A Metis love story. Tai has adapted the play into a Metis story and will be playing “Mary”. In July, Tai’s play You used to call me Marie… will be in residency at Caravan Farm theatre for two weeks and then will tour to Metis communities in Alberta. 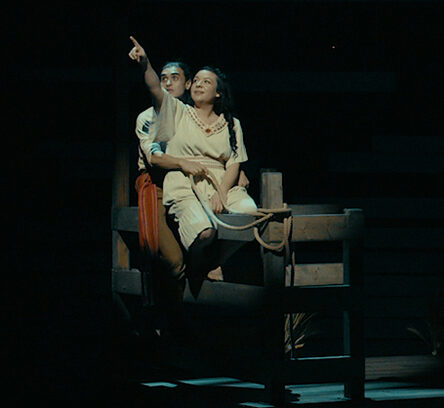 Tasha is a dance and theatre artist from a legacy of Coast Salish, Welsh, and European Jewish grandparents. She was cast in our 2020 Bard Company and featured in Past/Prologue, episode 5 of our My Thoughts I’ll Character video series. 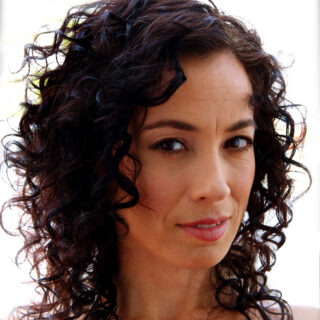 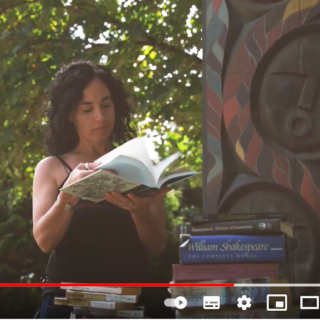 Tasha’s career continues to focus on a collection of collaborations and performances with national and international Indigenous artists, including Starr Muranko’s Spine of the Mother, Raven Spirit Dance’s Salmon Girl and Confluence, and her new dance solo in collaboration with carver Ocean Hyland called Cedar Woman.

Tasha also focuses on redress and Coast Salish cultural resurgence, particularly in Port Moody where she is raising her two children. Over the past five years, she has been engaging Port Moody and the public at large in arts-based community development projects that offer Coast Salish cultural events and education led by local First Nations artists and Knowledge Keepers. She is responsible for two Coast Salish house posts designed, carved and raised in ceremony and she is in the process of coordinating Port Moody’s third National Indigenous Peoples Day event. She has produced three festivals, including the Welcome Post Project, Stawk: Water is Life, and Xapayay: Tree is Life online festival and art show. This past year, Tasha collaborated with the Kwikwetlem and Tsleil-Waututh Nations to create the first two of five house posts being raised along Port Moody’s iconic 2.5 km Shoreline Trail, as part of a lifelong exhibit called In the Presence of Ancestors. 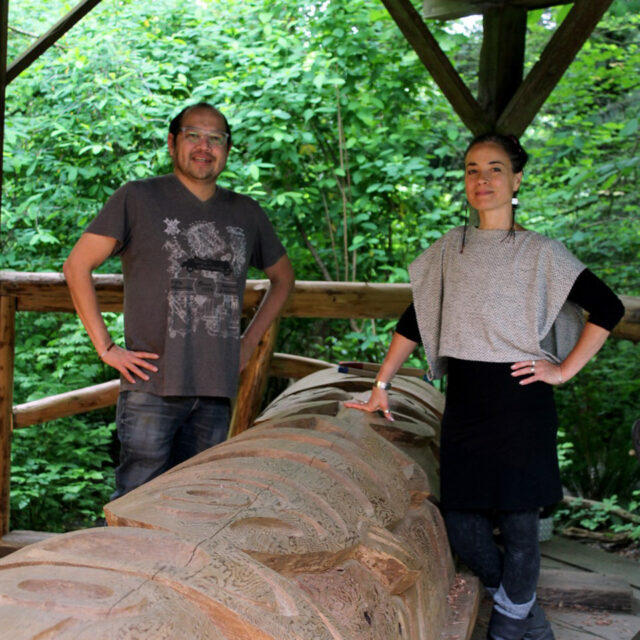 “Historically, monumental figures were carved and raised along our shores so that when guests travelled by, they knew what family was living there and who was taking care of those parts of these Coast Salish land and waters. Some of these figures raised their hands to welcome you, while others had their own story that you would learn over time. If left to be, these figures would stand for hundreds of years. Nowadays, most of these Coast Salish figures and house posts are tucked away in museums all over the world and people have forgotten whose lands and waters they are travelling through. People have forgotten that caring for these lands and waters is all of our sacred responsibility.

In the Presence of Ancestors is a collection of Coast Salish house posts that are being carved and raised along these shores to represent the Nations whose ancestors have lived and cared for this land long before it was called Port Moody. In the Presence of Ancestors will permanently transform Port Moody’s iconic Shoreline trail into a path of healing, where the original caretakers will majestically resume their place among these lands and waters. The house posts will stand for lifetimes, inviting current residents to join their legacy of ancestors and ensure a healthy future of all of our relations, generation after generation.” – Tasha Faye Evans