An Interview with Christopher Gaze: The Inside Scoop

In part one of our interview with Christopher Gaze, we discussed his artistic process when deciding which plays to put into each season. In part two we get the inside scoop on how he casts the actors, what he thinks the future of Bard looks like and a quick sneak peek into the 2019 season!

When it comes to auditions what comes first, the role or the actor?

It can really depend. Sometimes, when we’re deciding on our programming and discussing a particular show, we will say “I love this play, what a great role for this actor, and a great challenge for this director.”

We do have a significant group of actors that have played for us a lot. There are our veteran Bard Company members, including Scott Bellis, Colleen Wheeler and Jennifer Lines – and of course there are many more; if they’re interested, then we will try to get them. Because they’re great on stage, for age range and experience, and for keeping your company balanced with the newcomers. Plus they have fans – audiences will come because they want to see Jennifer Lines play Kate in The Taming of the Shrew.

When it comes to casting new actors to join the Company, how do you decide between one actor and the next?

We take more and more time casting these days. It’s our job to be gold diggers. We’re looking for diamonds in the rough, and when one walks into the room, it’s a wonderful surprise.

Shakespeare is not a secret society, it’s not some sort of code that only a few of us have the knowledge of. But it is something that benefits from being practiced. You have to feel confident in it and know what you have to do, to expertly lay the text out there and tell the story. You must mine the text, not only for understanding and meaning, but also beauty and feeling. So experience playing Shakespeare is valued.

And diversity is also an essential consideration. We have endeavored all along to have diversity in our Company, and to have a reflection on our stages of our society and our community. We do this through casting, as well as through the settings and thematic choices of our plays. For example, this season’s All’s Well That Ends Well will be set in India in 1947, on the brink of Indian independence from British colonial occupation. 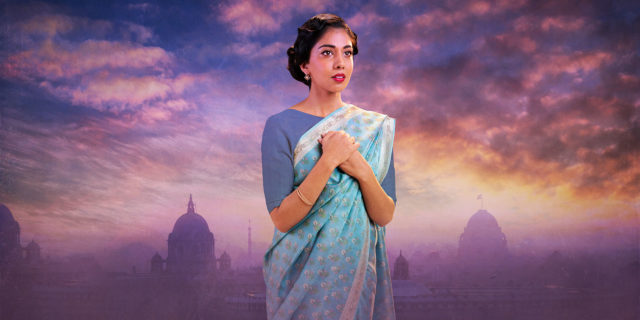 Any final thoughts about the 30th anniversary season?

Our 30th anniversary season is a salute to the almost 2 million people who have come to our Festival since it began in 1990. We’re excited that many of them will return, along with many new patrons, to celebrate this landmark season. It has everything in it! Tremendous fun, some challenges, and the essential love within The Taming of the Shrew, thoughtfully and cleverly presented by our veteran Bard director, Lois Anderson. Shakespeare in Love will open the door to those who may not know Shakespeare as well. It’s light-hearted, filled with romance, and with a little bit of danger and chance – and Daryl Cloran, who directed As You Like It last year and broke all our box office records, is back to direct it. Then All’s Well That Ends Well will be a unique opportunity to see that popular Shakespeare play, with South-Asian music and dance to spark the action. And, finally, Coriolanus, a rarely-staged play, set slightly in the future – with the title character played by a woman. The incredible Moya O’Connell got her start here before becoming a star at the Shaw Festival and she wowed our audiences last season as Lady Macbeth. Now she’s back as Coriolanus, with a super cast to support her.

It’s going to be a tremendous year!

Check back to the Bard Blog soon to get more inside information on our 30th Anniversary Season.