On International Women’s Day (and every day!), we’re proud to applaud our own women at Bard – both onstage and off.

2018 is a banner season at Bard for women directors and actors. In our Douglas Campbell Theatre tent, both productions are led by gifted, accomplished women. Meg Roe, a celebrated actor and director at Bard and beyond, directs Timon of Athens. Her vision has transformed the play’s titular character to a woman in modern-day Vancouver, with Timon played by the award-winning actress, Colleen Wheeler. 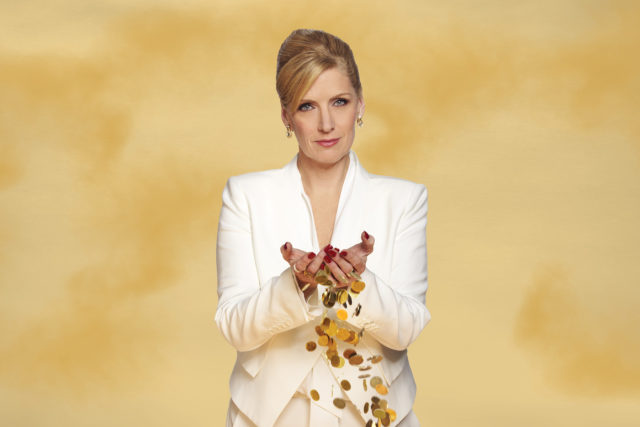 Lois Anderson, who directed our hugely-successful Pericles in 2016, directs a new adaptation of Aristophanes’ Greek play, Lysistrata. Lois has partnered with Jennifer Wise to adapt the original play, written in 411 BC, which imagines a first-ever women’s strike. Their adaptation transports the story to modern times, blending humour with political commentary. Both these productions feature a mostly female cast, taking on many roles typically played by men. 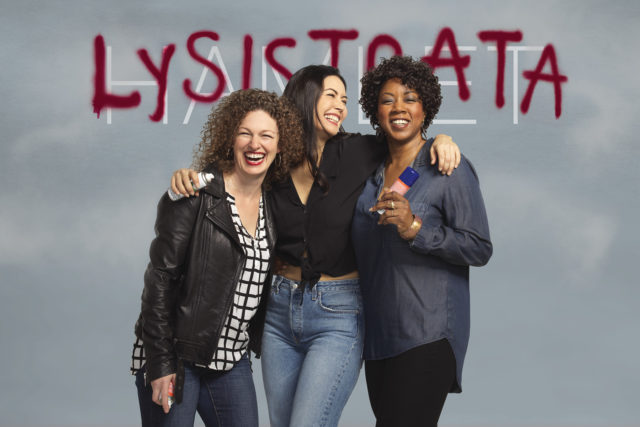 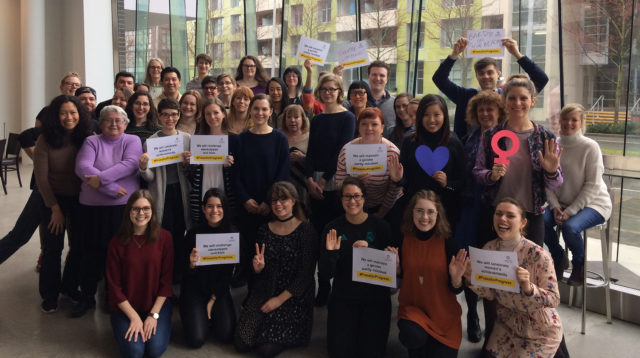 Bard on the Beach and Arts Club staff #PressforProgress

We salute all the talented, passionate staff in our Bard family – with a particular shout-out on this International Women’s Day to the marvellous women in every department who make us so strong!