The debewe of The Winter’s Tale sheep names

Listen hard – what you hear is the sound of sheep’s tails being wagged in anticipation of their new names. And now their wait is over! Read on…

We launched a contest last month to name the two sheep in The Winter’s Tale and it attracted a LOT of entries, so deliberating over potential names for our tewe-cute balls of wool was arg-ewe-ably difficult.

To help separate the sheep from the goats, we enlisted an esteemed panel of judges – our Artistic Director Christopher Gaze, the giver of gold seals of approval; Heidi Wilkinson, Bard’s puppet creator and mechanical master; and Tanya Schwaerzle, our resident 4-H Alumni and farm animal-naming expert (and Mainstage Apprentice Stage Manager).

The judges had quite the giggle poring over the pairs of names that were submitted, and they were unanimous that it was “great fun.” After much laughter and partnersheep, they’ve agreed on a winner!

Named after Shakespeare’s most famous lovers, we’d like to introduce you to sheep Rameo and Eweliet! 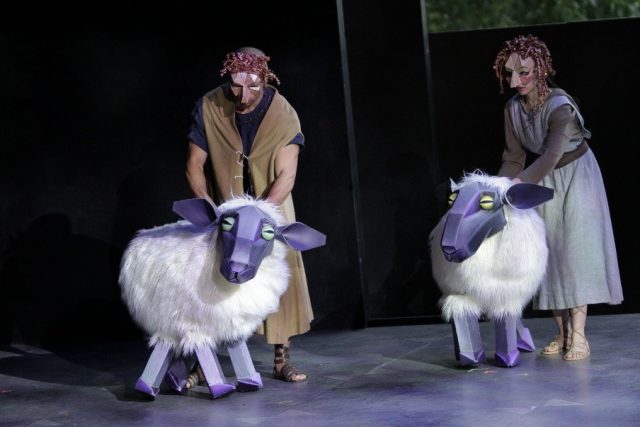 Thank you to all who participated; we’re sorry you can’t all be winners!

To see Rameo and Eweliet in action, check them out at an upcoming performance of The Winter’s Tale.

Until next time, fare thee wool.