Is Your Dog Ready for the Spotlight?

Our second production on the Howard Family Stage this summer is the romantic comedy, The Two Gentlemen of Verona, and the search is now on for the play’s most unusual cast member: Crab the dog. 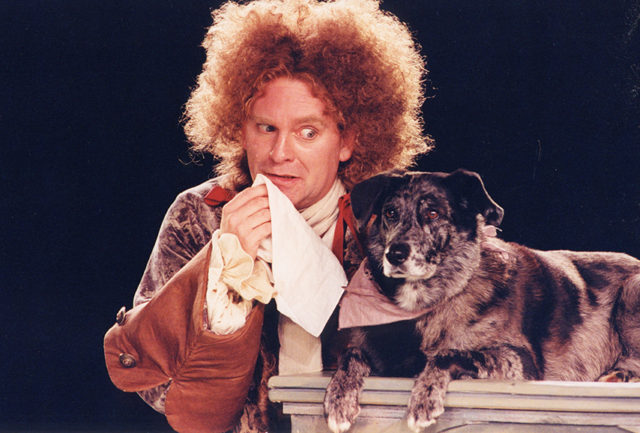 The play’s characters include a servant named Launce, and Launce has a dog, which means we need a perfect pooch to make his or her debut at Bard. Here’s what Bard Artistic Associate Scott Bellis, the play’s director, is looking for: “Either a large, calm dog that will be happy to lie still, regardless of the surrounding distractions, or a perkier dog that will respond to Launce when encouraged and maybe even do a trick or two. Either way, the dog has to be well-behaved, and absolutely able to keep his or her composure when surrounded by bright lights and audience noise. No other special skills, or experience with Shakespeare, is required!” Bellis notes that Shakespeare didn’t specify what breed Crab should be, so there’s room for a diverse range of dogs to try out for the role.

Auditions will be held on March 31, where the play’s creative team will assess the appearance and behavior of a short list of aspiring Crabs. The team will be working with Vancouver dog trainer and agent Georgina Bradley, owner of Vancouver’s Dogstars agency and a veteran of dog-focused commercial photo shoots and entertainment events. 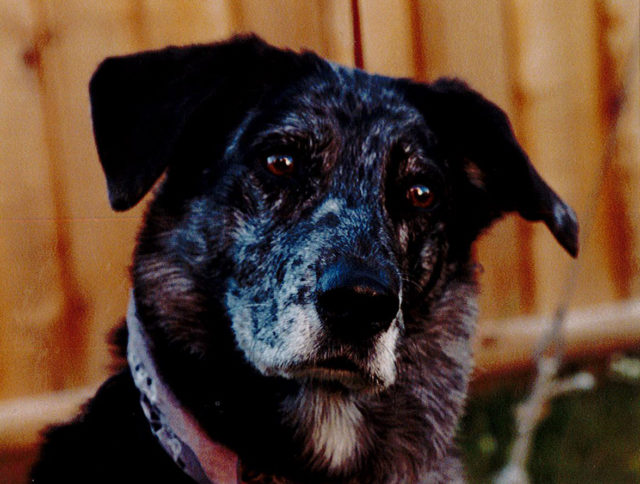 Jinx, The Two Gentlemen of Verona (2001), Photo by David Blue

Looking back over the centuries, there hasn’t been a single most ‘authentic’ way to handle the role of Crab. Some productions of Two Gents, as the play is affectionately known, use a puppet to represent the dog; others opt for large, stuffed animals or even one of the actors; but many more use real dogs, much to audiences’ delight. When the choice is a real dog, some theatre companies have partnered with an animal shelter or a service-dog organization to source an animal to take on the role. In 2001, the last time Bard staged Two Gents, a Vancouver dog named Jinx was cast, and actors from that season’s Company still remember vividly how popular it was. Now history is set to repeat itself, as another real live dog, possibly with no show-business experience, gets the chance to have its fifteen minutes (or in this case, four months) of fame!

Deadline for applications is Wednesday, March 15 at 4pm – full details here. All interested dog owners need to fill out an online application form, include a photo of their dog (required) and a link to a short video (if possible), hosted on Youtube, Vimeo or other video-sharing platform, showing how the dog moves and responds to instructions.

And watch Bard’s online channels for a casting announcement later this spring!