The Spanish Tragedy: A Staged Reading 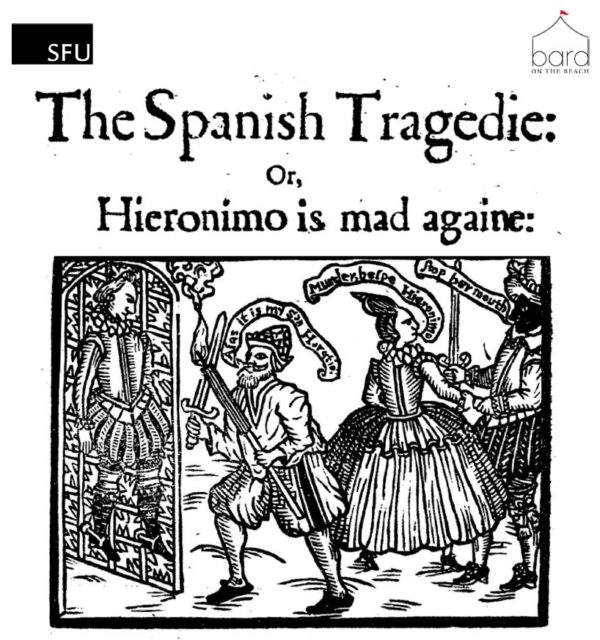 There will be time for a brief Q&A after the reading.

After being killed in battle, the ghost of the Spanish courtier Don Andrea returns from the dead, accompanied by the character of Revenge, to observe the fates of those he left behind. His lover, the princess Bel-Imperia, has found solace in the arms of his best friend, Horatio, but her brother, prince Lorenzo, wants her to marry Balthazar, a Portuguese nobleman. Lorenzo and Balthazar murder Horatio and kidnap Bel-Imperia. Horatio’s father, Hieronimo, the Chief Justice of Spain, and his mother, Isabella, discover Horatio’s corpse. Hieronimo vows revenge but first must discover who committed the murder. While Hieronimo investigates, Lorenzo and Balthazar commit more crimes to hide their guilt. Unable to act even when he discovers the identity of the murderers, Hieronimo suffers bouts of madness and Isabella commits suicide. Finally Hieronimo tricks the two men into participating in a play at court, a play that takes a deadly turn for all involved.  The ghost of Don Andrea is delighted with the carnage.